If you have been following the research on Fracking and Public Health Concerns for the past several years you already know about some of the adverse effects exposure to toxic fracking chemicals can have.  But researchers–and victims–often know a lot more about the hazards of toxic chemicals than the public officials who are supposed to be overseeing and regulating corporations causing risks to public health.

Finally, the officials in at least one state have gotten the message. Colorado officials have unveiled a multi-year scientific study that found oil and gas operations may have a worse impact on human health than state agencies previously believed by exposing residents to benzene and other chemicals. 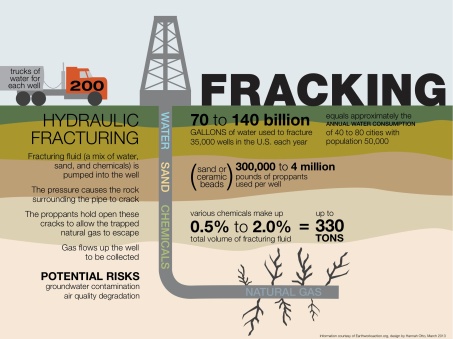 The study found people living between 500 feet and 2,000 feet of oil and gas fracking sites can have elevated risk of nose bleeds, headaches, dizziness and other short-term health effects.

Colorado State University scientists measured exposure to the 47 volatile organic chemical compounds at the 500-foot distance.  The highest estimated acute exposures for some of the chemicals — including benzene, toluene and ethyltoluenes — exceeded recommended levels by up to 10 times during oil and gas fracking operations, especially during what industry officials call “flowback activities” at smaller well pads.

The scientists determined exposures were still unsafe at distances of 2,000 feet from some oil and gas fracking facilities.

It is important to note that though this was a multi-year study, because fracking is a relatively recent activity in the U.S., long-term health effects will not be known scientifically for quite awhile.

State regulators of the oil and gas industry responded by announcing they immediately will start reviewing more strictly all industry applications to drill new wells within 2,000 feet of homes and begin measuring air emissions around industry sites.  source 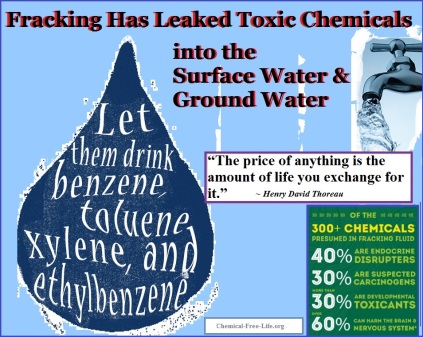