You may have seen the advertisements running on television lately from law firms encouraging people to contact them about the link between the weed-killer Paraquat* and Parkinson’s Disease**. For decades, the Big Chemical corporation Syngenta, who manufactured and got wealthy from Paraquat, has been dealing with the public concerns that long-term exposure to the chemical may be a cause of the incurable brain ailment known as Parkinson’s Disease. Public concerns about the toxic chemical go back as far as the 1970’s when pot-smokers had occasional warnings to avoid inhaling or ingesting certain strains of marijuana that had been surreptitiously growing near agricultural fields where farmers had sprayed Paraquat.  As it turns out, it wasn’t just farmers and pot-smokers who were concerned about the toxic chemical.  The Swiss chemical giant Syngenta themselves also had concerns about the link between Paraquat and Parkinson’s Disease–but they were keeping those fears to themselves.

*”Paraquat is one of the most widely used weed killing chemicals in the world, competing with herbicides such as glyphosate, the active ingredient in Monsanto’s Roundup brand for use in agriculture. Even though dozens of countries have banned paraquat (including the EU, UK, Switzerland and China), both because of the acute dangers and mounting evidence of links to health risks such as Parkinson’s from chronic, long-term exposure, in the United States, the chemical is frequently used in orchards, wheat fields, pastures where livestock graze, cotton fields and elsewhere. U.S. farmers use it to control weeds before planting their crops and to dry out crops for harvest. As weeds have become more resistant to glyphosate, paraquat popularity has surged. It is currently used on approximately 15m acres of US farmland. US government data shows that the amount of paraquat used in the United States has more than tripled between 1992 and 2018.” (source)

**”Concerns about possible ties between paraquat and Parkinson’s disease have grown as the spread of Parkinson’s has accelerated; the disease is now considered one of the world’s fastest-growing neurological disorders. Prevalence of Parkinson’s more than doubled from 1990 to 2015 and is expected to continue to expand rapidly, impacting millions of people around the world. Along with paraquat, toxins in air pollution and other pesticides, and to a smaller extent genetic factors, also are considered by many researchers as risk factors for the disease.

Roughly 60,000 Americans are diagnosed each year with Parkinson’s, and in recent years it has been ranked among the top 15 causes of death in the United States, according to the Centers for Disease Control and Prevention. Moreover, the death rate from Parkinson’s has climbed more than 60% in the United States over the past two decades, according to research published last year. It is considered the fastest-growing neurological disease in the world…

Common Parkinson’s symptoms include tremors, or a rhythmic shaking in arms and legs, stiffness and rigidity of the muscles, a loss of balance and coordination, and difficulty speaking. Parkinson’s symptoms develop when dopamine-producing neurons in a specific area of the brain called the substantia nigra are lost or otherwise degenerate. Without sufficient dopamine production, the brain is not capable of transmitting signals between cells to control movement and balance.” (source)

The Plan to Protect Profits

According to The Paraquat Papers–secret documents that have recently been reviewed by journalists–Syngenta’s corporate heads and scientists were not concerned about the link between Paraquat and Parkinson’s Disease.  Instead, their focus was on denying, discrediting and obfuscating the scientific evidence that suggested a link between the weedkiller and the incurable, life-altering brain disease. “For decades, Syngenta has repeatedly told customers and regulators that scientific research does not prove a connection between its weedkiller and the Parkinson’s Disease, insisting that the chemical does not readily cross the blood-brain barrier, and does not affect brain cells in ways that cause Parkinson’s. Syngenta’s primary goals: to protect product sales, refute external scientific research and influence regulators.

“As independent researchers continued to find more and more evidence that paraquat may cause Parkinson’s, the secret company documents describe what Syngenta called an “influencing” strategy “that proactively diffuses [sic] the potential threats that we face” and seeks to “maintain and safeguard paraquat registrations”, referring to their regulatory approvals. The strategy “must consider how best to influence academia, and regulatory and NGO environments”.

“A Syngenta “regulatory strategy” document from 2003 refers to paraquat as a “‘blockbuster’ product” that must be “vigorously” defended to protect more than $400 million dollars in projected annual global sales. Ensuring what Syngenta called its “freedom to sell” paraquat was a top priority, the internal records show.”

“Syngenta also created a website the company used to publicly dismiss concerns about links between paraquat and Parkinson’s disease and provide positive product messaging. On that website, the company asserted that paraquat did not readily cross the blood-brain barrier, even when the company had evidence from animal and human data that paraquat accumulated in brain tissue. (The company no longer uses that language on its website.)

But despite their public proclamations, according to a cache of internal corporate documents dating back to the 1950s, the public narrative put forward by Syngenta and the corporate entities that preceded it has contradicted the company’s own research and knowledge about the risks of their product… 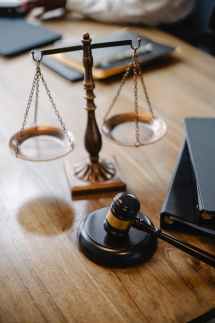 The secret company documents*** show that dating as far back as 1975 corporate insiders feared they could face legal liability for long-term, chronic effects of paraquat. One company scientist called the situation “a quite terrible problem”… (source)

Now, Syngenta’s worrisome insider prediction of legal consequences has come to pass. “Thousands of people who allege they developed Parkinson’s because of long-term chronic effects of paraquat exposure are now suing Syngenta. Along with Syngenta, they are also suing Chevron USA, the successor to a company that distributed paraquat in the US until 1986. Both companies deny any liability and maintain that scientific evidence does not support a causal link between paraquat and Parkinson’s disease.

Among the revelations from the secret corporate documents: “Scientists with Syngenta predecessor Imperial Chemical Industries (ICI) and Chevron Chemical were aware in the 1960s and 1970s of mounting evidence showing paraquat could accumulate in the human brain.

“When Syngenta’s own internal research showed adverse effects of paraquat on brain tissue, the company withheld that information from regulators while downplaying the validity of similar findings being reported by independent scientists.

In addition, the records show company scientists were aware of evidence that exposure to paraquat could impair the central nervous system (CNS), triggering tremors and other symptoms in experimental animals similar to those suffered by people with Parkinson’s. A 1975 Chevron communication even speaks of concerns about allegations of “permanent CNS effects from paraquat”.  (source)

***The Paraquat Papers: “As part of a court-ordered disclosure in the litigation, the companies provided plaintiffs’ lawyers with decades of internal records, including hand-written and typed memos, internal presentations, and emails to and from scientists, lawyers and company officials around the world. And though the files have not yet been made public through the court system, the Guardian newspaper has reviewed hundreds of pages of these documents in a reporting collaboration with the New Lede.”

Dr. Ray Dorsey, neurologist at the University of Rochester Center for Health & Technology, New York, and author of a 2020 book about the rise of Parkinson’s Disease, is one of a number of leading scientists from around the world who say research clearly shows paraquat exposure can cause Parkinson’s disease.

“Paraquat is considered the most toxic herbicide ever created.”   – Dr. Ray Dorsey

And as for Syngenta, they said the weight of evidence actually shows that paraquat does not cause Parkinson’s and they refer to a 2021 study co-authored by the company’s own chief medical officer that backs that position.