Titanium Dioxide, like so many other additives, has been dumped into U.S. foods and medications–both prescription and over the counter (OTC)–sans the necessary safety testing.  Titanium Dioxide has started to become ubiquitous in both processed foods* and medications in the U.S. (in 2019 we found it present in the generic versions of four of the top-selling OTC allergy medications).  The growing presence of this chemical of concern is more than a little disturbing given the increasing number of consumers with digestive-related ailments. 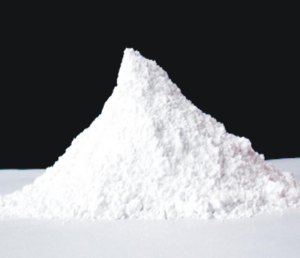 Experts call for better regulation of a common additive in foods and medicine, as research reveals it can impact the gut microbiota and contribute to inflammation in the colon, which could trigger diseases such as inflammatory bowel diseases and colorectal cancer.

University of Sydney research provides new evidence that nanoparticles, which are present in many food items, may have a substantial and harmful influence on human health.

“There is increasing evidence that continuous exposure to nanoparticles has an impact on gut microbiota composition, and since gut microbiota is a gate keeper of our health, any changes to its function have an influence on overall health.

This study presents pivotal evidence that consumption of food containing food additive titanium dioxide (E171) affects gut microbiota as well as inflammation in the gut, which could lead to diseases such as inflammatory bowel diseases and colorectal cancer.”

-Dr. Chrzanowski, Associate Professor and nanotoxicology expert from the University of Sydney’s School of Pharmacy and Sydney Nano Institute

The study investigated the health impacts of food additive titanium dioxide nanoparticles (E171) which is commonly used in high quantities in foods and some medicines as a whitening agent. Found in more than 900 food products such as chewing gum and mayonnaise, titanium dioxide (E171) is consumed in high proportion everyday by the general population.

The latest study published in Frontiers in Nutrition, found that consumption of food containing titanium dioxide (E171) has an impact on the gut microbiota (defined by the trillions of bacteria that inhabit the gut) which could trigger diseases such as inflammatory bowel diseases and colorectal cancer…the study on mice added substantially to the body of work on nanoparticle toxicity and safety and the impact on health.

“This study investigated effects of titanium dioxide on gut health in mice and found that titanium dioxide did not change the composition of gut microbiota, but instead it affected bacteria activity and promoted their growth in a form of undesired biofilm. Biofilms are bacteria that stick together and the formation of biofilm has been reported in diseases such as colorectal cancer…We are saying that its consumption should be better regulated by food authorities.”

-Dr. Laurence Macia, Associate Professor, University of Sydney, and immunologist expert on the impacts of the gut and gut microbiota on health from the Faculty of Medicine and Health and the Charles Perkins Centre.

While nanoparticles have been commonly used in medicines, foods, clothing, and other applications, the possible impacts of nanoparticles, especially their long term effects, are still poorly understood.

Titanium dioxide consumption has considerably increased in the last decade and has already been linked to several medical conditions, and although it is approved in food, there is insufficient evidence about its safety.

Increasing rates of dementia, auto-immune diseases, cancer metastasis, eczema, asthma, and autism are among a growing list of diseases that have been linked to soaring exposure to nanoparticles. (source)

This nanoparticle white pigment (officially classified as a food additive as opposed to a food dye) is present in processed foods common on grocery shelves, as well as in fast food and conventional restaurant foods.  Frequently unlabeled in U.S. foods (though nanoparticles are required to be labeled in EU countries) this additive is used as a white pigment food coloring for processed foods such as skim milk, white cheese, yogurt, frosting/frosted foods, icing, candies, snack foods, mayonnaise, salad dressings, powdered sugar, marshmallows, pudding, breakfast toaster pastries, and non-diary coffee creamer, among many others.  It is also commonly used in medicines and toothpaste.

Scientists are still determining the health safety and potential health hazards of nanoparticles in food.  According to the professional organization American Society of Safety Engineers (the guide has since been removed from their website) ingested nanoparticles can be absorbed through small nodules in intestinal tissue (Peyer’s Plaques) that are part of the immune defense system. If nanoparticles enter the digestive system and proceed into the bloodstream, they can potentially move throughout the body and cause damage. Additionally, the Society concludes that “Nanoparticles may also accumulate in certain organs, disrupt and impair biological, structural and metabolic processes and weaken the immune system.”  Animals studies have demonstrated that nanoparticle ingestion changes the structure of the lining of the intestinal walls. Among other potential problems, such structural changes hold the potential for over-absorption of harmful compounds.  Additionally, research has indicated there are potential adverse health effects of nanoparticles on respiratory and cardiovascular systems, and studies of manufactured nanoparticles have demonstrated toxic properties.  Among other health-related issues researchers are studying the potential link between Titanium Dioxide nanoparticles in food and an increased risk for inflammatory bowel diseases such as Crohn’s disease and colitis.  And finally, a recent study funded by the National Science Foundation and published by the American Chemical Society found that nanomaterials in food and drinks can interfere with digestive cells, changing the normal organization and decreasing the number of microvilli (finger-like projections on the cells that help us digest food). What this means essentially is that in humans, if such an effect occurs as food and drinks pass through the gastrointestinal tract, these nanomaterials could lead to poor digestion or diarrhea.

Source:  The Food Hacker’s Handbook:  A Guide to Breaking the Processed Foods and Additives Addiction

You may also be interested in these other studies linking food additive titanium dioxide to adverse health consequences:

Unexplained tummy troubles? It may be caused by food packaging additives, say scientists

Solution: Always read the ingredients labels on processed foods and medications (both prescription and over the counter meds).  Titanium dioxide is not always listed so it is not completely avoidable, but where it is listed, choose a competitor’s product that does not contain this food additive.  You might also consider dropping an email at the website or FaceBook message at the manufactuer’s page of a favorite product and let them know you will not be purchasing their product again until they remove the nanoparticle whitening agent Titanium Dioxide.