Another disturbing set of scientific findings have just been published regarding the so-called “plastic chemical”:  phthalates.  Among several other health problems such as weight gain, infertility, miscarriage, lowered IQ and thyroid problems, phthalates have been shown to disrupt endocrine (hormonal) functioning, and possibly interfere with brain development in utero.  Phthalates are a family of chemicals common in U.S. cosmetics, personal care products, children’s toys, home care products and food packaging where they have been demonstrated to leach into the food.  In this latest study researchers tested pregnant women’s exposure levels to phthalates during their third trimester of pregnancy and then later tested the motor functioning levels of their offspring.  What they found was a decrease in fine-motor functioning among the female offspring (but not males), following mothers’ exposure to high levels of the phthalate chemical metabolites.

This was a longitudinal study of 209 New York City women and their offspring.  The researchers measured seven phthalate metabolites in maternal spot urine obtained during the third trimester of pregnancy. Motor function of their offspring was later evaluated at age 11. After adjusting for potential co-founding variables, the researchers saw a decrease in fine-motor functions among girls (but not boys), following their mothers exposure to high levels of specific metabolites during the pregnancy. Accounting for mixtures of phthalates and motor functions, the analysis pointed to three phthalates most linked to the deficits: mono-butyl phthalate (MBP), mono-benzyl phthalate (MBzP), and mono-isobutyl phthalate (MiBP) — none of which are metabolites of Di-2-ethylhexyl phthalates (DEHP), the most common category of phthalates.

Why these findings are a concern

“In this study, we have found new evidence that phthalates — chemicals commonly used in cosmetics and plastics — are harmful to children’s health. Girls with deficits in fine motor skills may have difficulty with their schoolwork, particularly related to problems writing and using electronic devices. They may also have problems with hand-eye coordination.” 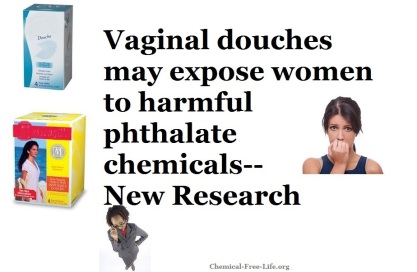 Other troubling facts about phthalates

Phthalates are easily unbound from plastics and released into the environment; most exposure is from diet (where they are part of food packaging), air (as they are used in air fresheners, perfumes, etc.), and skin absorption (as they are used in personal care products). Phthalates cross the blood-placenta barrier and are associated with shortened gestational age, disrupted male reproductive development, and deficits in cognitive function and behavioral outcomes.

Phthalates have been shown to alter the levels of thyroid hormones, which are critical for brain development, especially the development of the cerebellum, which is in part accountable for coordination and fine-motor movements. Phthalates were also shown to disrupt specialized neurons associated with the development of motor skills, including fine motor skills, which are known to develop earlier in girls than in boys. (source)

Other research findings on phthalates

Phthalate Exposure During Pregnancy Linked with Language Delays in Children