Consumers in the know are aware that BPA (bishpenol-A) is an endocrine-disrupting chemical commonly used in plastic drink bottles and cans used for fruits, vegetables, sauces, heat-and-eat meals in a can, soups and other foods. In what the U.S. Food and Drug Administration (FDA) officially labels and treats as a “food additive”, BPA has been shown repeatedly to migrate or leach into the foods and liquids stored in containers coated with the chemical (this is especially true for high-acidic foods such as tomato sauces and pastes).  Many consumers are also aware that scientific research has linked BPA to a wide variety of serious health outcomes to adults, children and developing fetuses including that BPA appears to play a role in early miscarriage/pregnancy loss, placental diseases and various negative health outcomes after birth. However, far fewer consumers are in the know about the chemicals that food manufacturers have been using during the past couple years to replace BPA–BPS, in particular.  As it turns out, the use of BPS (labeled as “BPA-Free” by many manufacturers) appears to be as dangerous for consumers as its predecessor.

In the U.S., consumer demand had to replace federal regulation when the FDA refused to ban food manufacturers’ use of BPA.  In many instances (though not all) Big Food responded to the public outcry (and loss of revenue) by replacing BPA with another endocrine-disrupting chemical from the same chemical family as BPA. The replacement chemical, BPS, has been undergoing intensive scrutiny by researchers who understand the science behind these chemicals.

Scientists wanted to study the possible effects of BPS (aka, the ‘BPA-Free’ substitute chemical) on the developing fetus, so this U.S. National Institutes of Health (NIH)-funded animal study focused on the placenta.

“Synthetic chemicals like BPS can penetrate through the maternal placenta, so whatever is circulating in the mother’s blood can easily be transferred to the developing child.”

The researchers also studied the effects of BPS on the brain chemical ‘serotonin’ because “the placenta serves as a primary source of serotonin for fetal brain development… Serotonin, while commonly associated with the feeling of happiness, is a natural chemical that can impact a person’s functions, including their emotions and physical activities such as sleeping, eating and digesting food.”

As the researchers suspected, the synthetic chemical BPS, like its counterpart BPA, has the ability to lower the placenta’s serotonin production. This can trigger some rather serious outcomes to the developing brain:

“Lower levels of serotonin can compromise fetal brain development because during this critical time in development the brain relies on the placenta to produce serotonin. Thus, developmental exposure to BPA or even its substitute, BPS, can lead to longstanding health consequences.”

The findings indicate that much more research is needed on the safety of BPS as a food additive.  It also speaks to the potential for serious public health problems with the FDA setting food and beverage manufacturers loose to add chemicals into the food supply that have not been fully safety tested.  The FDA, as part of their regulatory responsibilities, is suppose to require rigorous scientific safety testing of food chemicals by independent research laboratories.  However, as has been documented countless times over the past several decades, the FDA appears to be a victim of regulatory capture, acting merely as a puppet for Big Food, Big Chemical and other entities that are the ones actually calling the shots. 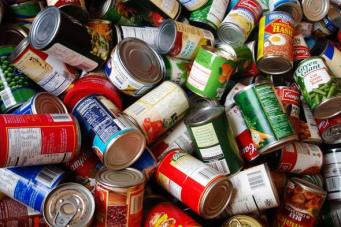 Consumers wishing to significantly minimize their exposure to both BPA and BPS (especially those consumers who are pregnant or are planning on becoming pregnant) need to significantly reduce consumption of processed foods and drinks from cans and plastic containers–including those labeled as “BPA-Free”.   Preparing your own meals and snacks from fresh, whole ingredients (organic where possible) and opting for glass-only food and beverage containers is the surest way to reduce the levels of BPA and BPS entering your body.

Beyond this, avoid drinking liquids from plastic bottles that have been allowed to heat up in the sun or hot car as this increases the amount of BPA and BPS that has leached into the liquid, do not microwave foods in plastic containers, and avoid canned foods in cans coated with either BPA or the “BPA-Free” substitute BPS (especially for high acidic foods like tomato paste, tomato sauce, tomato soup, etc.) and instead purchase fresh or frozen fruits and vegetables and make your own sauces, dressings, soups and toppings using fresh, whole ingredients.  Additionally, talk to your dentist about avoiding BPA in dental fillings, minimize the use of Mason jar lids coated with BPA/BPS, avoid touching cash register and ATM paper receipts coated with BPA, and significantly reduce the amount of restaurant meals consumed. 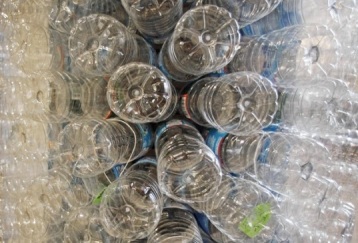 See our blog posts on other scientific findings of BPS (the

In a Heartbeat: Food Chemical BPS Hinders Heart Function within Minutes of Exposure 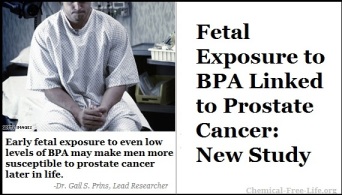 See our posts on some of the scientific findings on BPA:

BPA Triggers Allergic Asthma that can Last for 3 Generations

BPA Exposure in Pregnancy Linked to Lung Problems in Children

Exposure in Pregnancy to BPA Linked to Ovarian Problems for Offspring